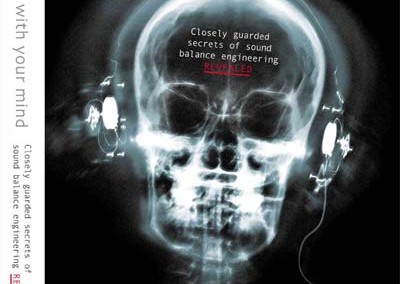 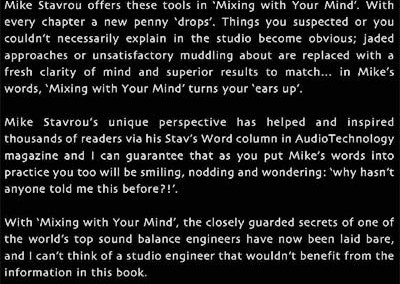 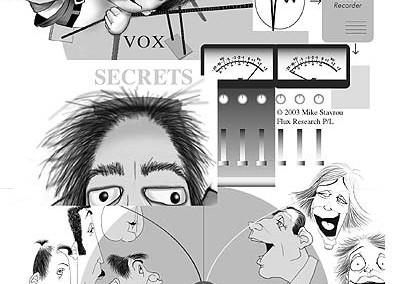 Cream of the Crop

The first time I watched a really professional sound engineer I was completely mesmerised and amazed. He made everything look so easy and sound so incredible.

As it turns out it was largely the frame of mind they were in – which is great, because changing your mind is a whole lot easier (and less expensive), than refitting your studio!

The following chapters contain a unique collection of techniques and mind games to make the penny drop in a variety of sound engineering areas: Speakers, Microphones, Drums, Guitars, Vocals, Pianos, Compressors, Digital, Production and more. This book is organised like a journey through your studio – and your mind.

We begin by turning up your ears by setting up your control room loudspeakers. When you follow these steps to perfect the ‘Ribbon Effect’, you’ll discover how to make the entire mix present itself to you with increased clarity and a much more solid and usable soundscape.

Next, we move straight into some advanced microphone techniques. Here we see how a simple three-stage positioning technique will capture a richer, fuller sound of anything. Chase that Flame.

Then we go straight into drums sounds, which will most likely be the first thing you record – the backbone of your rhythm track. We’ll explore a very unusual technique that never fails to impress drummers with its realism and depth.

While we’re on the subject of backing tracks we’ll explore electric guitars – how to capture great ones and how to salvage abominable ones. You’ll learn how to swing through an infinite variety of guitar textures without even touching the equaliser or any outboard gear.

Then we move onto some counter-intuitive piano recording techniques. Sometimes one mic in a great place can sound better than two or three where everyone else usually puts them. In every situation you will learn why mic positions work so that you can continue inventing from here on.

A great lead vocal sound can make the whole record sound more 'expensive' and here are some little-known techniques, that you won’t find anywhere else, that promise to get you there. Each one is dead simple to do. You must do them in this order, and once you try it you’ll wonder how you ever managed before. I don’t mean to sound smug but I’d have given anything to learn this 20 years ago.

By now you’ll probably be playing with compressors and ever since this (secret) penny dropped for me, there has never been any doubt how to get the most out of them.

We’re now ready to delve into understanding the true, yet controversial, difference between analogue and digital recording. Imagine how differently you’d work if your tape machine suddenly had zero headroom!

After some digital stuff we’re ready to relax and let the right brain take over for a while. We begin this journey with a recent discovery that relates mixing to meditation. With true mixing, the mixing mind awakens only after your thinking brain shuts down. So how do we achieve this state of mind? Read on…

This takes us to a series on the art of mixing. We look at all the tasks; go through them one by one and reorder them to benefit your right brain. This enables us to take on the most complicated mix imaginable, yet every successive step becomes easier and easier.

And for those who want more, the final section of this book is devoted to miscellaneous advanced techniques, such as how to create a reference CD that turns you into the most powerful diagnostic tool in town.

Having completed the monitoring setup tasks earlier, we have one further ace up your sleeve, namely, a doorway to heavenly sounds.

Then there are some advanced techniques for handling the hottest and most dynamic vocals on the planet, plus some breakthrough tips that will allow you to record many vocals without headphones. It’s a minefield of potential disasters but it’s fun to see how a simple idea can turn disaster into magical performances.

Now that you’ve got a taste for the bizarre, perhaps you’re ready for some backwards mixing. It’s like hiring somebody else with a much punchier disposition to mix your record – for free.

And just when you thought you knew it all, we reveal an amazing technique, that’s been lying under your fingertips all these years, that plays with the shear fabric of time – the time machine effect – taught to me by Cat Stevens

And just when you thought you had control over all the forces around you, we discover the biggest one of all – Gravity. Does gravity really affect sound and if so how can we carry on an intelligent conversation with it? If you’re ever stuck for motivation you really need to understand gravity and its effect on music.

Because I fully expect your obsession with great sounds to last a lifetime, here are a few tips about ear care to keep your ears healthy and strong.

Now if you’re still keen after all this and don’t mind some serious homework, there is an admittedly laborious process that I can’t resist sharing that can potentially reveal the common denominators among hit records. Sounds too good to be true I know, not easy either, but worth the effort if you are hit record inclined.

There’s only one chapter of nostalgia – why and how I went to London. You can apply the philosophies to almost anywhere you’d love to work.

And lastly, a compilation of questions and answers from my private email collection.

Thank you very much for purchasing this book. Just remember, there will always be more that we don’t know than there is that we do know. I hope the secrets in this book will provide you with ammunition to create your own great sounds and inspire the creation of many new secrets of your own. Feel free to send them to me – (only for verification of course!).

Many thanks, Mike Stavrou

I wish I knew all this stuff when I began at AIR.

Here's How to Order